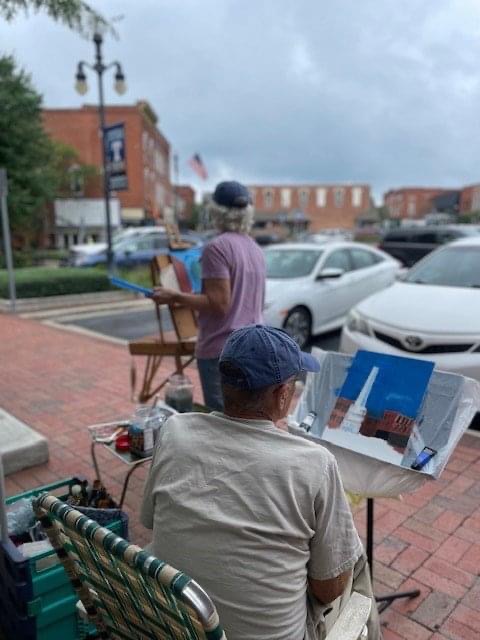 Led by local artist Kathy Falls, the group used a variety of mediums to showcase the Soldiers Monument, the Steuben County Courthouse and the sculptures on Angola’s Public Square.

Art exhibits and more will continue this weekend with the Angola Arts Festival on Saturday from 9 AM to 2 PM.

For those who live art year around, the Angola Regional Artists’ Guild is open to the public and meets every third Monday at 6 PM in the Carnegie Public Library.